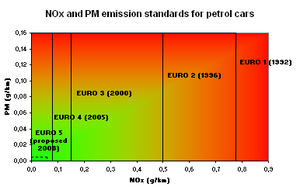 слово даю коллеге из Global Times с очень хорошим куском ворчательного текста.
***
For me, Saturday morning means there's time to enjoy an extra cup of
coffee and plan the day. But again, the early-morning haze meant I
needed to check the PM 2.5 readings and inform the newly arrived in-laws
about the color-coded warnings that we capital casualties have grown
accustomed to.
"No, baba, your cloth mask only makes you 'feel'
safe. Put this thin one inside and make sure it fits around your nose.
Yes, I know you walk every morning, but see, look here at my phone -
when there's a yellow alert on this scale and this other measurement
says it's 'hazardous' for everyone, then no, you shouldn't go out
without a proper mask."
This is representative of things we
spoke about in person on Saturday morning before my father ventured
outside. Just up from Hangzhou, which is known locally as "Heaven on
Earth," the situation is difficult for the old man to understand. This
was one of those times when it's healthier not to exercise.
After four years here, I know what it means to get overly confident in the face of a poison cloud.
Once,
after jogging in these conditions, I ended up at the doctor's office
with seriously irritated lungs. Looking at my X-ray, she asked, "Do you
smoke?" I don't.
Fortunately, we didn't all succumb to the
recent toxic fog. Life goes on almost without a hitch, from what I can
casually observe. In fact, local residents seem completely unfazed by
the poor air quality.
As I strolled through my neighborhood on
Saturday afternoon, the PM 2.5 reading was over 200 no matter whose
scale you went by, and yet I was the only person wearing a mask. No, it
wasn't as poisonous as the previous week, but at that level it is still
considered "very unhealthy" to "everyone" - including my 3-year-old son.
As a responsible parent, what am I supposed to do with that reality? Do I
spirit him away to a cleaner environment or invest in some biotech firm
that makes stylish masks in a variety of colors?
I casually mentioned my dirty fingernails to my wife, and she said, "It's not just
you." The black soot is on everything. The cars are covered in it. My
shoes track it in. It must then also be in our lungs. So I chuckle and
wonder aloud, "Where do you suppose our nation's leaders were last week,
Hainan Province perhaps?"
As I reach out to a frustrated community, what I want to ask is this: Does anyone think for a minute
that if there had been some hugely important international event
happening in the capital last week that the air would have been "hazardous?"
Just look at what happens when all eyes are on
Beijing. The Olympics of 2008 had a spectacular run. The opening
ceremony was celebrated by millions - and that's only the cast - under a
clear and unusually dry mid-August sky.
The following year, we all celebrated the nation's 60th birthday, October 1, with a military
parade past Tiananmen Square. Let me jog your memory: fuchsia uniforms, a
presidential smile, and an air force flyover streaking bright colors
across a clear blue sky. Not coincidence.
We all know what the "relevant departments" are capable of when properly motivated. The
factories upwind are recalibrated, retooled or removed. Nearby coalmines
are temporarily shut down, and vehicle restrictions are enforced inside
the city. And who knows what they do to the atmosphere to dry it up?
Maybe I don't want to know.
The point is, it's a choice. The powers-that-be will do whatever is necessary to save face when the world
is watching, but on an average Sunday in January, we could all die from
poison gas for all they care - anything to grow the GDP.
And don't give me the science lecture about air inversions and 4 million
cars. I used to live in Los Angeles. Our current air quality, at
whatever moment you are reading this, is based on policy - government
policy that dictates when to rein in the polluters and when to hit the
economic accelerator.
I guess now it's time for me to decide whether to let them slowly poison my son or take him someplace cleaner.