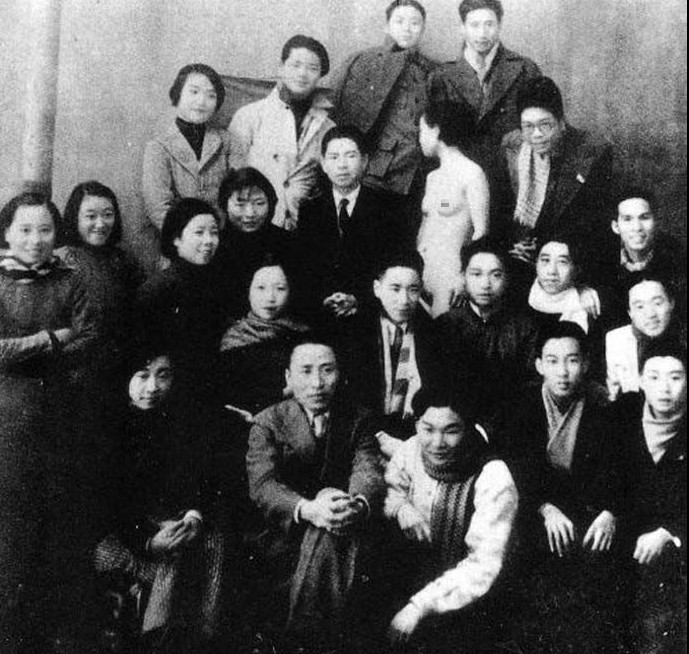 Although nudity in art was not an uncommon sight in ancient China, figure drawing -- a study of the human form in its various shapes and poses, was introduced to China as a modern western art in the 1910s.

In 1914, artist and teacher Li Shutong opened China's first figure drawing class in a teacher's school in eastern China's Zhejiang Province. The class however did not receive much public attention as it was strictly limited to the students in the school.

That same year, Liu Haisu, a painter excelling both at Chinese painting as well as oil painting, initiated figure drawing course at a Shanghai art school.

When Liu tried to find a nude model to pose for his students, he encountered many problems. At first, he could only find a 15-year-old boy, but one adolescent model would simply not suffice. He needed an adult model as well.

Liu offered potential candidates a handsome pay and eventually found a man willing to take on the job. But the man regretted doing so the moment he stepped into the classroom. In the end, Liu persuaded the man to take off all his clothes and this man went on to become China's first nude model.

The first female nude model in the country appeared in 1920, but she was actually a Belarusian.

The first public controversy regarding nude models occurred in 1917, when Liu's school held a student art exhibition including several examples of nude drawings. This immediately sparked public uproar and Liu was denounced as a "traitor of arts" and the "rotten apple amidst teachers".

Two years later, Liu opened another exhibition which led to an investigation by authorities. He was lucky to get away uncharged since the exhibition lasted only five days and when the investigators arrived, it was drawing to a close already.

In 1924, one of Liu's students held an exhibition featuring nude art in central China's Nanchang City. This greatly disturbed Sun Chuanfang, the warlord of several provinces in eastern China at that time. Sun issued a secret warrant for Liu's arrest and tried to close down the latter's school. Fortunately, the school was based in the French concession area of Shanghai, where Sun had no right to interfere. But Liu still had to pay a fine to appease the warlord's fury. This event was breaking that year and made the concept of nude modeling public knowledge across China. 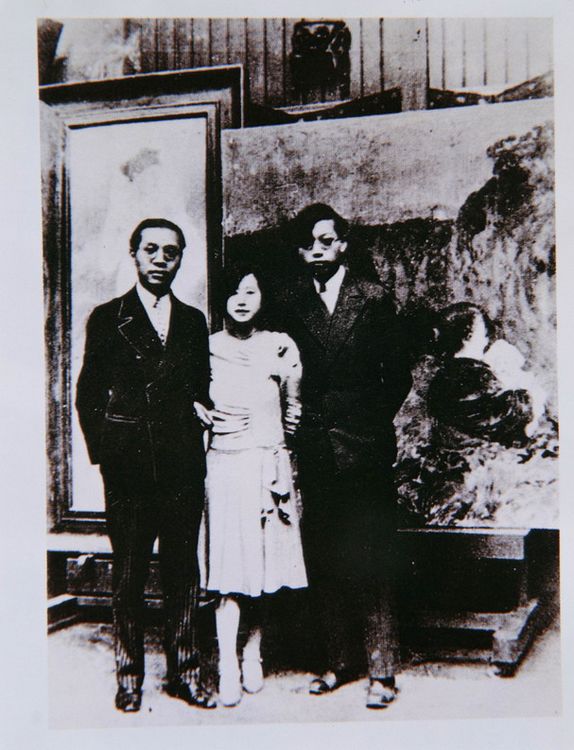 After the People's Republic of China was founded in 1949, the drawing course was retained but any public display of nude art was not allowed. In 1964, a senior official of the Communist Party of China tried to ban nude modeling, but was severely opposed by Mao Zedong, who stated that nude drawing was an essential skill for painters and sculptors to develop. Any attempts to ban the course were revoked.

In 1978, China launched its policies of reform and opening-up, causing enormous changes to sweep through both society and the people's mindset. Nude art thrived once again, featuring major works such as "Fierce General," a sculpture by Tang Daxi, and "Water-Splashing Festival: A Paean of Life," a mural painting by Yuan Yunsheng.

After 2000, the Chinese people were even more open to nude arts. Tang Jiali, a Chinese dancer and model, sold books of nude artistic photographs of herself in 2002 and in doing so became a household name. Today, people have finally dispelled prejudice and treat nude modeling as a profession no different from any other.