Chinese servicemen are banned from opening blogs on the Internet for confidentiality concern, according to revised regulations of the People's Liberation Army (PLA).

The revised PLA Internal Administration Regulations, which came into force on June 15, prohibited soldiers from creating website, homepage, or blog on the Internet, according to Saturday's Beijing News.

"It means soldiers cannot open blogs on the Internet no matter he or she does it in the capacity of a soldier or not," Wan Long, the political commissar of a regiment in the Guangzhou Military Area Command, was quoted by the PLA Daily as saying.

"The Internet is complicated and we should guard against online traps," he said.

"If information of military officers and their unit aroused attention of people with ulterior motives, it'll pose threat to confidentiality of the armed forces," Yang Jigui, commander of the Xigaze military sub-command in Tibet Autonomous Region, was quoted as saying. 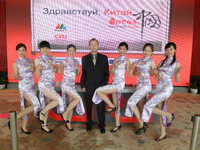