Watch out, Zhang Ziyi. There is a new crop of young Chinese actresses making waves on the film scene.
In the 1980s, classic Shanghainese beauty Joan Chen brought a whiff of erotic exoticism to Bernardo Bertolucci's The Last Emperor.
In the 1990s, Shenyang-born Gong Li and her earthy sexiness grabbed world cinema's attention in director Zhang Yimou's indie films.
In the early 2000s, another Zhang protegee, Beijing-born Zhang Ziyi and her ethereal steeliness, captured Hollywood's imagination with her breakthrough role in Ang Lee's Crouching Tiger, Hidden Dragon.
Now the big question is who will be the next big thing from China.
For the past few years, Zhejiang-born actress and former singer Zhou Xun, who has proved her acting chops in both gritty independent films and art house mainstream hits, has been suggested as one possibility.
But she has been blase about the lure of Hollywood, emphasising in various interviews that it is the script that counts.
With a population of 1.3 billion people, however, there is no shortage of talented actresses just waiting to step into the spotlight.
Here are three upcoming names to watch out for:
( Collapse ) 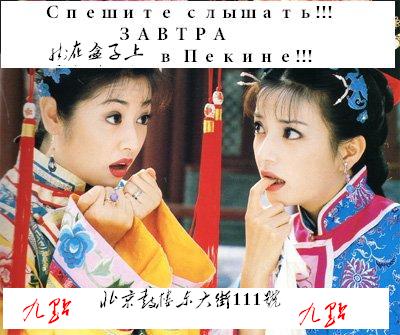